Teenage Pregnancy: 7 Things We Are Not Saying

A lot have been written about teenage pregnancy. So my focus right now is what I believe we have not spoken about…well enough. What a a lot of people have not paid attention to as regards this issue. What does not cross your mind immediately?

Well, here they are

Sex Education Is For Boys Too

A lot of focus on the girl-child because she bears the brunt, the pains, blame and of course carry the pregnancy. Parents especially mothers fail to talk to their boys about sex, about abstaining! They concentrate on the girls on how to behave and act before boys but hardly do they tell their boys how to act and treat girls. This is ignored as our boys feel they can have sex anytime.

Rape Is A Crime- A Violation of the Girl

Pregnancies that resulted from rape have been taken lightly or ignored!  The security agents that are suppose to protect lives and properties do not take this seriously- as part of their job. They do not attach much importance to this type of crime.

The girl is ridiculed, abused and ignored. She carries the pains and shame. The violator is not punished for this offence, as he gains freedom after a while in detention. I just want to ask

When are we going to take rape as a serious crime?Right now, nothing or little is done about this.

He is Equally Guilty As Her

All the blame goes to the girl. She is reminded how she has become loose and wayward! How she has brought shame to the family.

At this stage, I just want to ask if the boy is getting the same treatment like the girl. Both should be treated equally as both of them are guilty. Does it not take two to tangle?

Accepting Responsibility Is Not Assurance For Marriage

If there are no strings attached in their involvement, they would own up and it would be easier for both families to reach a compromise on what they should do. But if marriage is the only option then, the boy would rather deny than accept responsibility.

I just wish that the families involved should understand this- That its better for an unborn child to have an identity, to know his father rather than to be denied because of the hostile conditions surrounding his conception and later birth.

Furthermore, if they are forced into marriage, what future do they have together at this point in their lives? The two persons involved should be given a second  chance to better their lives and eventually decide if they would want to have a life together or not. It should not be forced on them because whatever the outcome in that marriage, they would always remind you that they were forced into it.

It  Is Not War For Both Families

The deed is done. The two persons involved are going through a lot. This is not the time for both families to throw blame at each other.

“You did not train your daughter well”

“My son is not responsible”

“Your son must marry my daughter”

No, this is not the time. It would not take you anywhere. As long as the two who are involved have acknowledged their actions, then its time to sit down and  discuss on the way forward. The two should be part of the discussion on what they want as regard their situation. They may not exactly know what they want. However, they should be carried along. The discussion should be based on how they can go through this path and get back to improving their lives in order to become responsible. Both family should talk and war.

Emotional Stress of the Girl

She has upsetted her life and others and she’s paying dearly for it. A lot of tears, emotional pains, regrets and fear. She needs to be cancelled and educated on sex again. This time no holds barred. You must know everything and what await her at the end of the pregnancy(giving birth). She has to be prepared; questions regarding that should be answered as candidly as possible.

She should not be ignored or isolated. She should be encouraged about the situation and the lesson learnt.

Getting Back to School

Being pregnant is not end of her goal in life. Having a baby is a thing of joy only that it happened to early and at the wrong time.

Some of the girls do not go back to school because there is no support system at home. So, she has to take care of her baby and herself. She may even live with extended family members after she has been ‘disowned’ and pursued away from home.

What we are not saying enough is that there is life after having a baby. Those dreams and goals can still be achieved if only they get back to school. These girls should be encouraged to do so. They just need to work harder.

Thanks, your comments are welcomed.

“For this is the will of God, your sanctification: that you abstain from sexual immorality; that each one of you know how to control his own body in holiness and honor, not in the passion of lust like the Gentiles who do not know God”- 1 Thess.4:3-5 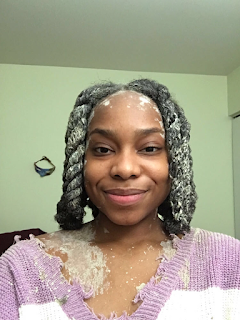