20 Great Jewelries Tips For You

#1
Coating a layer of clear-coloured nail polish on your jewelry would act as a protective barrier and help to keep it from tarnishing fast.
#2
Always clean your earrings, nose rings and belly rings (old and new) with alcohol swabs. This is to kill any bacteria that maybe present due to usage overtime.
#3
To slow down tarnishing especially in silver/gold plated jewelries, always wrap them in tissue and put in an airtight, resealable plastic packs. This prevents air from going in
#4
To update the look of any old piece of jewelry, add or layer it would new and more modern ones.
#5
Never wear your jewelry while swimming, in the spa, in the steamer or sauna as some of these may contain harsh chemicals like chlorine that can damage the gemstones in your jewelry. In some case, the metals that make up the jewelry. 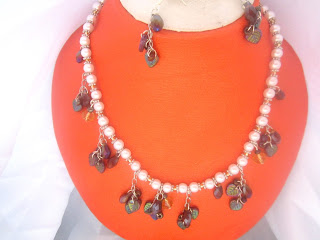 #6
To know jewelry is real sterling silver, put a magnet close to it… real sterling silver will never attract a magnet. Another way of knowing is the mark of .925 sterling on the jewelry, if there is no marking, it may not be the real thing.
#7
Always keep your beaded chains and jewelries flat. This actually helps to prevent the jewelries from tangling.
#8
Before picking a piece of jewelry to wear, always think ahead on how it would project your look. Do you want your jewelry to be the centre of attraction or understated like complementary?
#9
A jewelry set is always a perfect gift for any occasion. Buying a set of jewelry can get you a deal many times. You can divide up the set into individual pieces and give them out one piece at time. With this, you would always have present ready in advance for loved ones.
#10
Neutral coloured stones in your jewelry would work well with any outfit you choose to wear. This would help you to wear your jewelry in diverse situation and occasion.
#11
Apply your perfume, makeup, lotions etc before putting on your jewelry. This would prevent it from getting smeared and reducing the brilliance. The chemicals in these products will eventually cause it to erode and eventually get damaged.
#12
Place a plug in the skin drain FIRST before cleaning your jewelry. Any jewelry covered in soap can easily slip off from your fingers and into the sink! If the sink drain is uncovered, you know exactly what would happen! Your guess is as good as mine.
#13
Store your jewelries in a dry and clean place.
#14
Tangled necklace? This is what you do. Put your tangled piece in a plastic wrap and add some baby oil. This would make it possible to untangle now with a needle or pin after which, you clean with liquid soap and pat dry.
#15 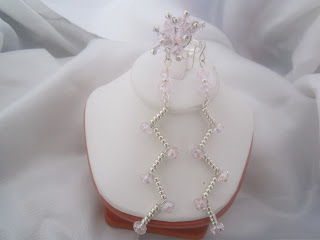 For bridal jewelries, pearls and authentic swarovski crystals are recommended with sterling silver and 14k gold-filled materials. This ensures continuous usage of your wedding jewelries long after the event.
#16
Clean your copper jewelry in a quick rinse of some lemon juice would keep it bright, shiny and would restore its original look.
#17
Over sized or large pieces should only be worn with clean, simple outfit. Also, solid colours help to bring attention to a fabulous item of jewelry.
#18
If you wear multiple rings, you should take care of your hands. Regular manicure can go a long way in complementing and bringing out the best in your jewelry
#19
An unexpected present is a great way to renew your romance. For a gift that is as unique as its recipient, look for handcrafted or customized pieces packaged with stylish pouches.
#20

For unique pouches and  one-of-a-kind handcrafted jewelries check out www.fulfiijewelry.com
You can also find us on facebook- Fulfill Jewelry

Enjoy your tips and feel free to share yours too!

“I have tons of jewelry, I like to wear a lot of it"- Amber Tamblyn

Getting A Second Chance

I talked about my son having a ‘second chance’ after his first treatment plan with the orthodontist failed. A  second chance is an opportunity to get right what we failed to achieve in our first or previous attempt.

A few people have the opportunity the first time and they follow their goals by embarking on the ‘action’ and successfully achieve their goals. Some people are built that way as they become focus early in life, work towards their goals and achieve most of them.

However, most people do not!  They make do with second chance. They learn from their past failure and based on that experience, they embark on the action stage again. This time, they are most likely to achieve their goals. Here, they have a ‘wealth’ of experience, as they can share their struggles and failures before the achievements they enjoy today due to the fact they met their goals.

There are different types of ‘second chance’ depending on your goals or dreams. For my son, the opportunity of a second chance came and he accepted. This I believe is due to age and the fact that there may be no other way out. It’s also because of the constant communication between us, and him expressing his readiness to do it again.

Apart from experience which comes with second chance, they may also be a permanent reminder. That is, the outcome of our previous attempt. Most times, this outcome changes our lives forever. An instance is teenage pregnancy where your goal then as a teenager was to focus on your studies and avoid pre-marital sex. But due to your involvement, you became pregnant, failing in your goals and having so much regret. You know the hurdles you went through before finding your way back….the second chance. Your child is the permanent reminder as that is a part of you, you can never change. You would also live with the experience. Other examples on having a second chance are cultism, criminal activities, education, health issues…

Whichever group you happen to belong, I just want you to know that you can still achieve those goals and dreams even with your not-so-good previous experience.

It’s possible and yes you can!

Talk to you later.

“Whatsoever thy hand findeth to do, do it with thy might, for there is no work or device, nor knowledge, nor wisdom, in the grave, whither thou goest”- Eccl.9:10

“It’s only through labour and painful effort, by grim, energy and resolute courage that we move on to better things”- Theodore Roosevelt

Hello, Lovelies It has been quite a while! Hope you're keeping safe and doing good. Today, I felt like sharing this topic with you: cry...