If you still recall, my piece was put up for a in BeadStyle Magazine late last year. The competition involved voting daily for two good weeks! What a time! Being our very first competition, the feeling was intense and real!

I bet you said you never heard from me again about it right? Like what happened to ROYALTY (the piece for the competition).?  Who won the competition? Blah, blah, blah...

Well, we won! Our piece ROYALTY won out of over 370 competitors from all over the world! It was an amazing feeling when I got the email form them! I mean I was ecstatic! Who wouldn't anyway. I had to be silent about it when I got the email last year because that was one of the rules.

So, we won, and it feels good! Our ROYALTY piece is now featured in the May Edition of BeadStyle Magazine! So grateful!

Why and how did I pick this piece for the competition?
This set was picked amongst others for the competition by my baby (though she's seven years old) and I. We just felt its the right one and went ahead to get a name for it. It's wearable! It's a simple, classy, timeless and beautiful jewelry that would appeal to any woman from any work of life! It's a set that exudes richness and spectacle as the name implies!However, this doesn't mean you have to break the bank but rather, you would actually have a feel of royalty when it's adorned. So I suggested Royalty and she said "Yes mummy, that sounds and feels right for it" Just like that, the name was adopted.  ROYALTY is a set that every woman would love to have in her collection.....that's wearable!

We want to use this medium to thank ALL those who supported and voted for us. THANK YOU very much and may God richly celebrate you at HIS time!

I present to you the winning piece of 2015 BeadStyle Magazine Visit Your Local Bead ShopContest! 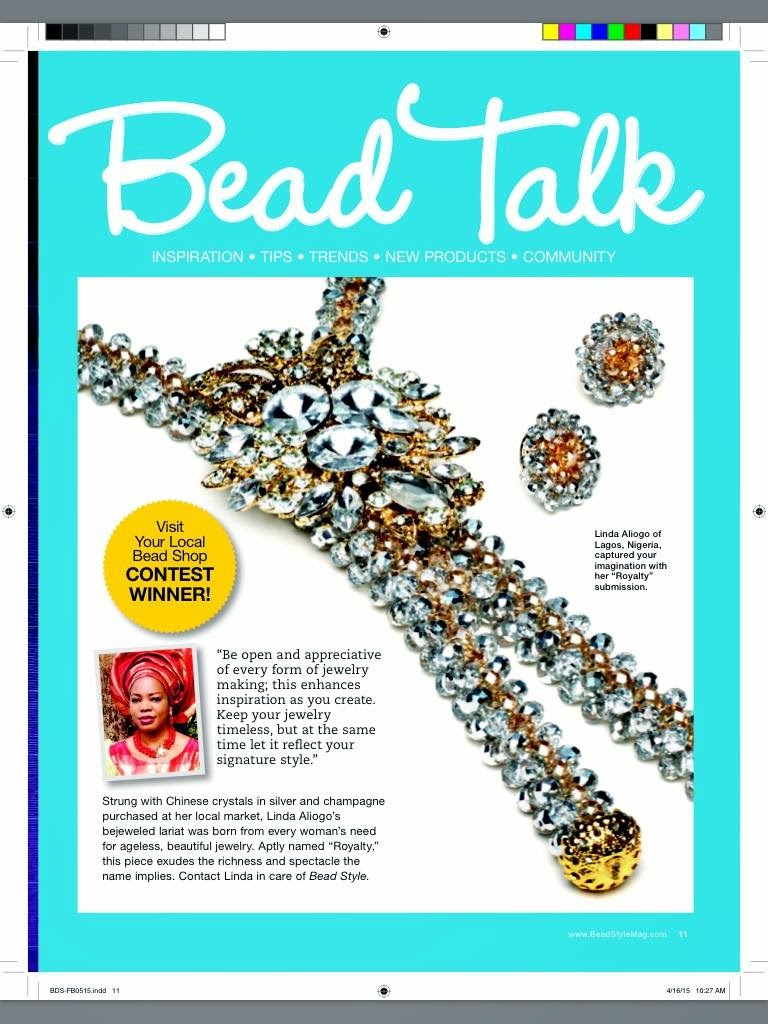 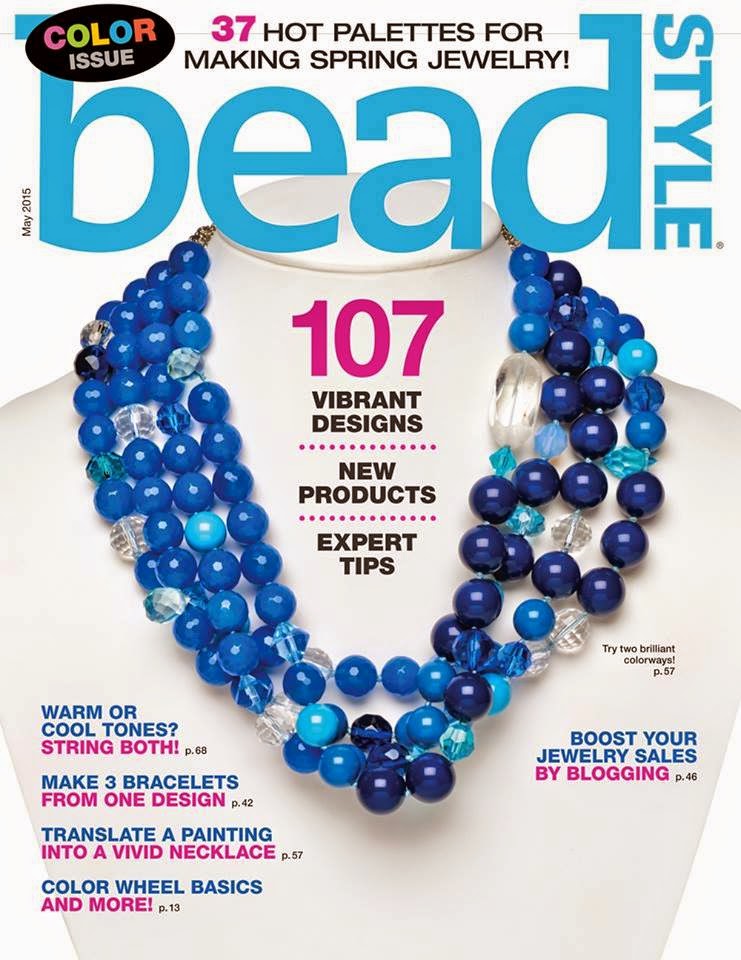 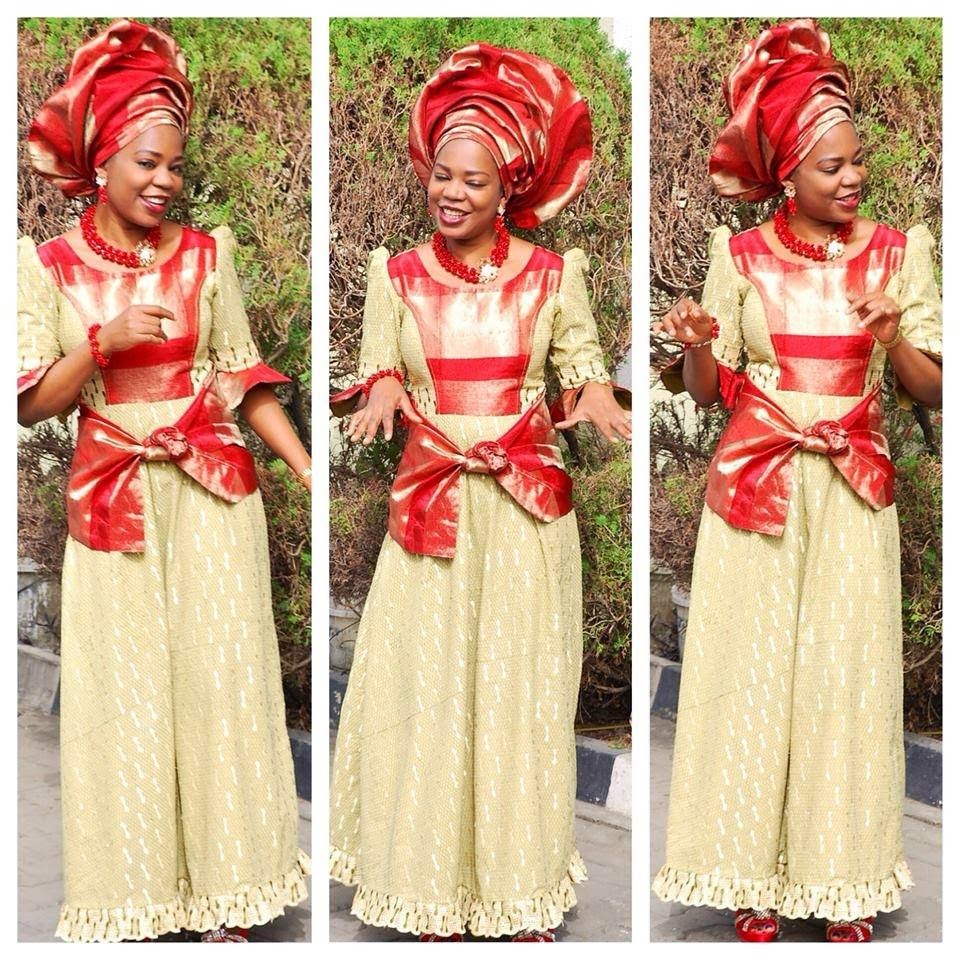 Thanks again to all who supported us! CHEERS to more fulfilling opportunities!

So, I learnt this design recently and I must say, it was fun! I randomly picked the colours, not really sure they blend. However, I still went ahead with it because, something inside made me do so.

Have you ever seen/done something for the first time, not sure of it but you do have that hunch to continue? If you did, then that's exactly how I felt!

The beads used are 8mm crystal rondelles with size 8/0 seed beads. I loved the way it came out and just kept going. The necklace was completed with a matching beacelet and earrings.

Finishing up, I decided a name would be just right for it. Usually, I don't name my jewelries but this was different. I thought for a while and came up with this....GOLDEN WAVES.

The name popped up because of the way the seed beads outlined the edges of the necklace...like waves in the sea. The two colours blended perfectly giving out this goldish rush! (crystal rondelles  and seedbeads). Do I need to say more... it sounded just right and I stuck to it hence Golden Waves was born. 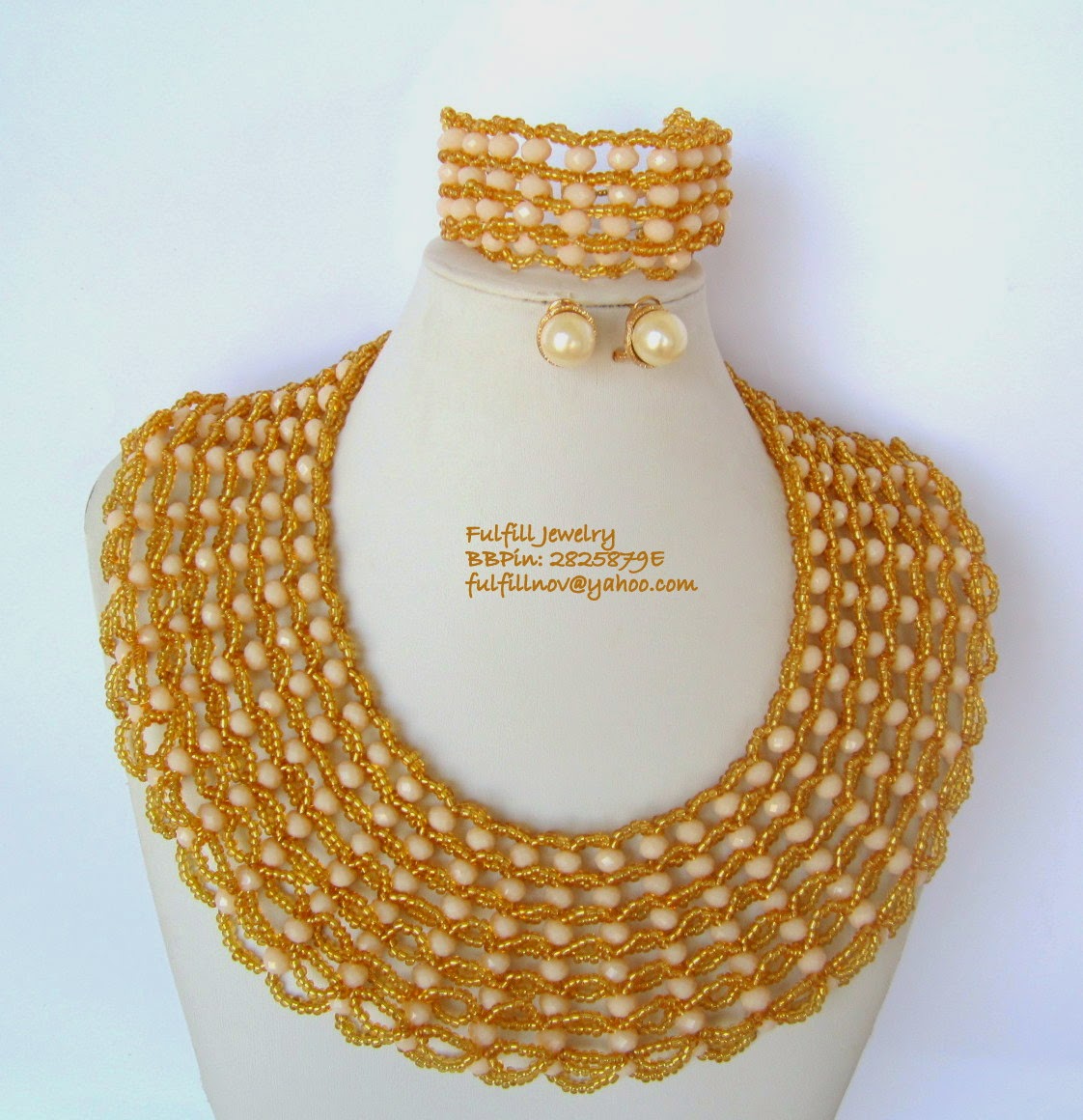 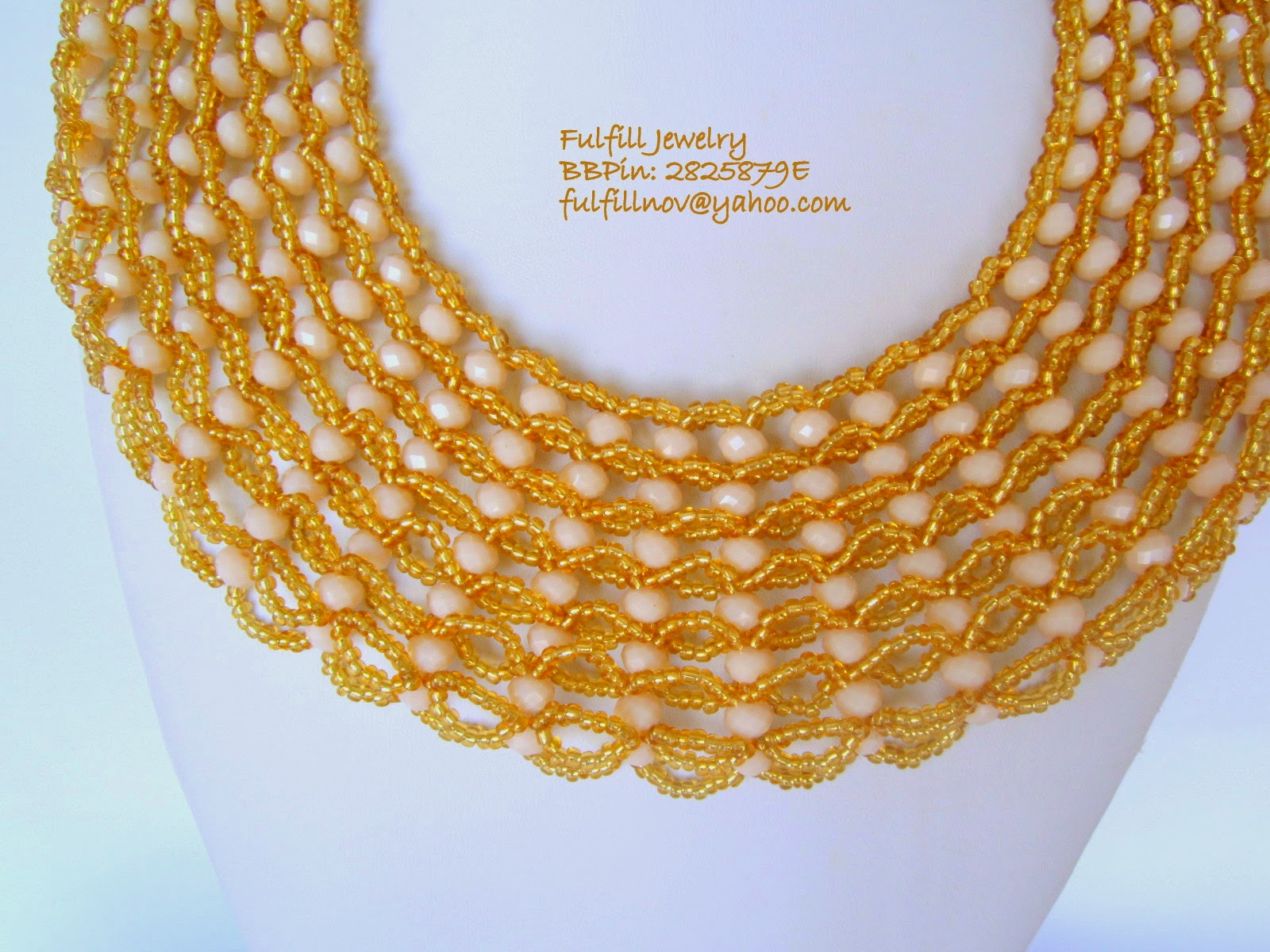 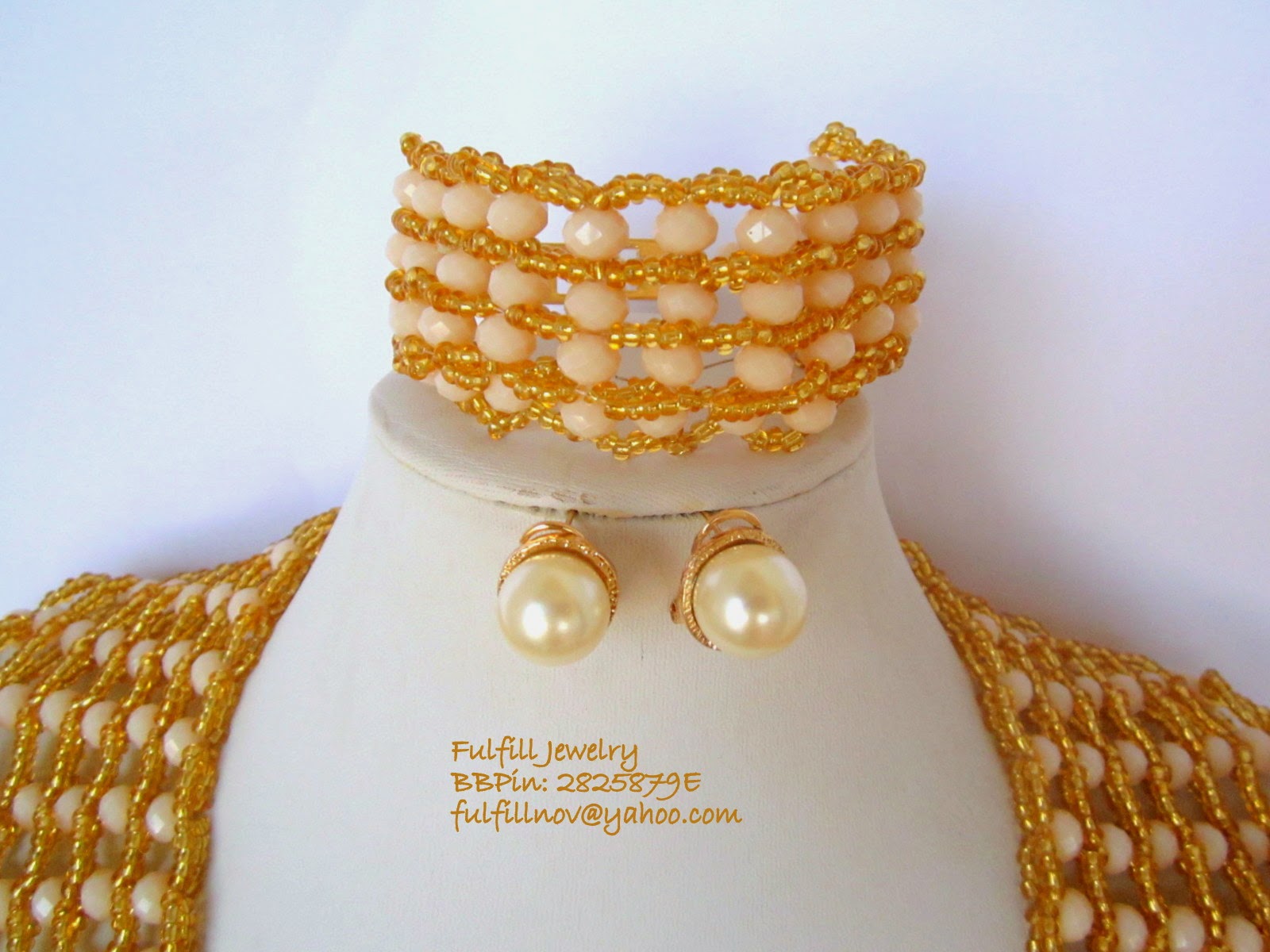 Seedbeads have always been around just like the other beads. There are different types out there and vary from sizes to quality. These beads have always fascinated me because of the finishing and beauty they exude when used alone or combine with other bigger beads.

Just to chip in, they come in sizes 6/0- 15/0. The higher the number on it, the smaller the size. For instance, the size 6/0 is bigger than size 8/0 and that is also bigger than size11/0. This goes on if you  understand what I mean. They come from different manufacturers, hence this shows in the quality, colour and uniformity of the seed beads. The cheap ones are not uniform in their cut,some of them fade fast, while others  tend to loose their lustre and shine as time progresses.

The expensive ones are uniform in size and cut. They retain their shine and look more polished. Either way, seedbeads are lovely when you work with them.

Here, a potpouri of two colours are used to create this multi-strand set. They are 31 strands interwined in this necklace while a matching earring is picked to go with the brooch. By the way, the brooch is optional as you can equally rock the necklace without one.

Also, a multi-strand drop earrings and bracelet can be made to go with the necklace. There are variations to this design. Meanwhile, here is what I did.. 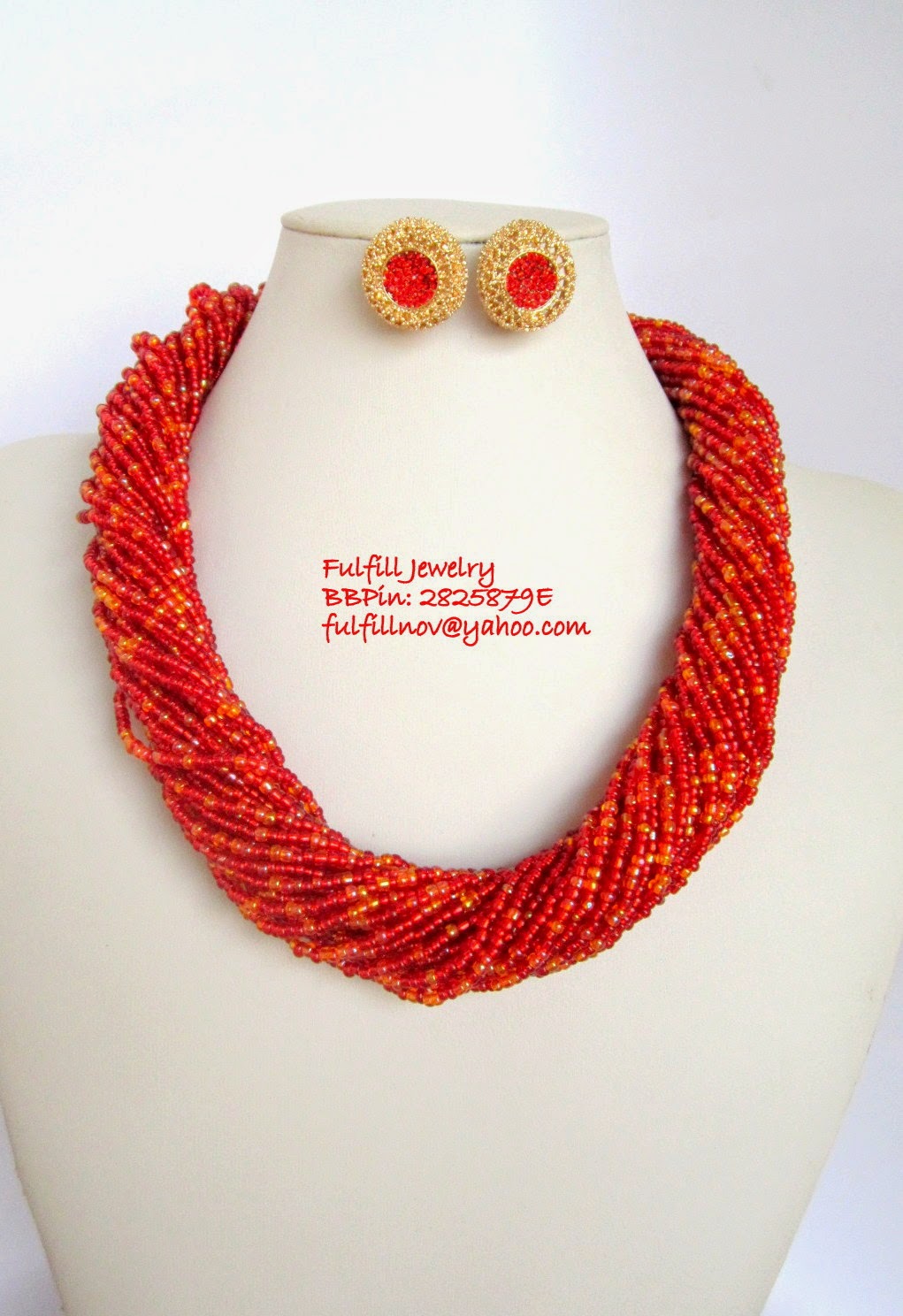 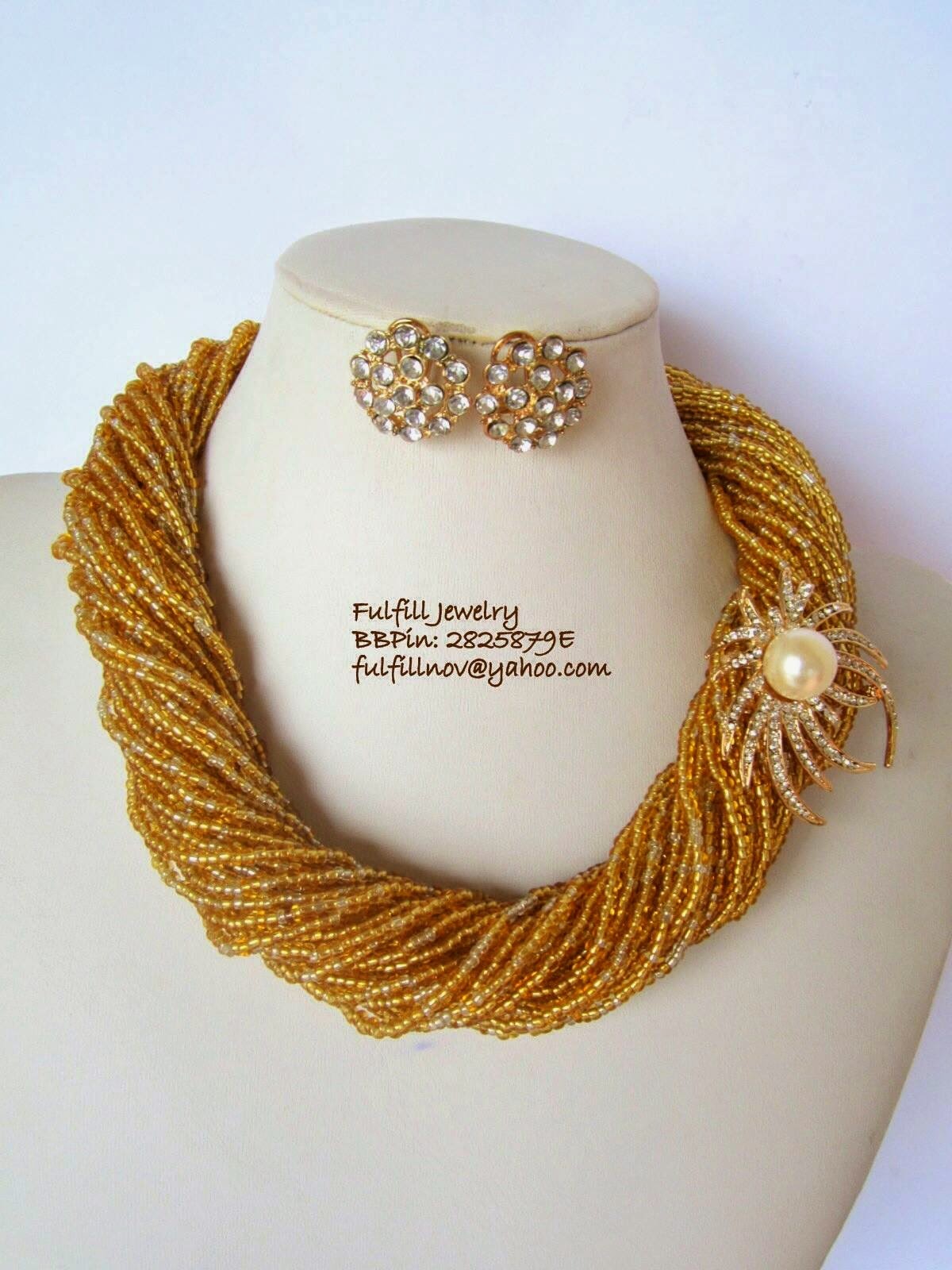 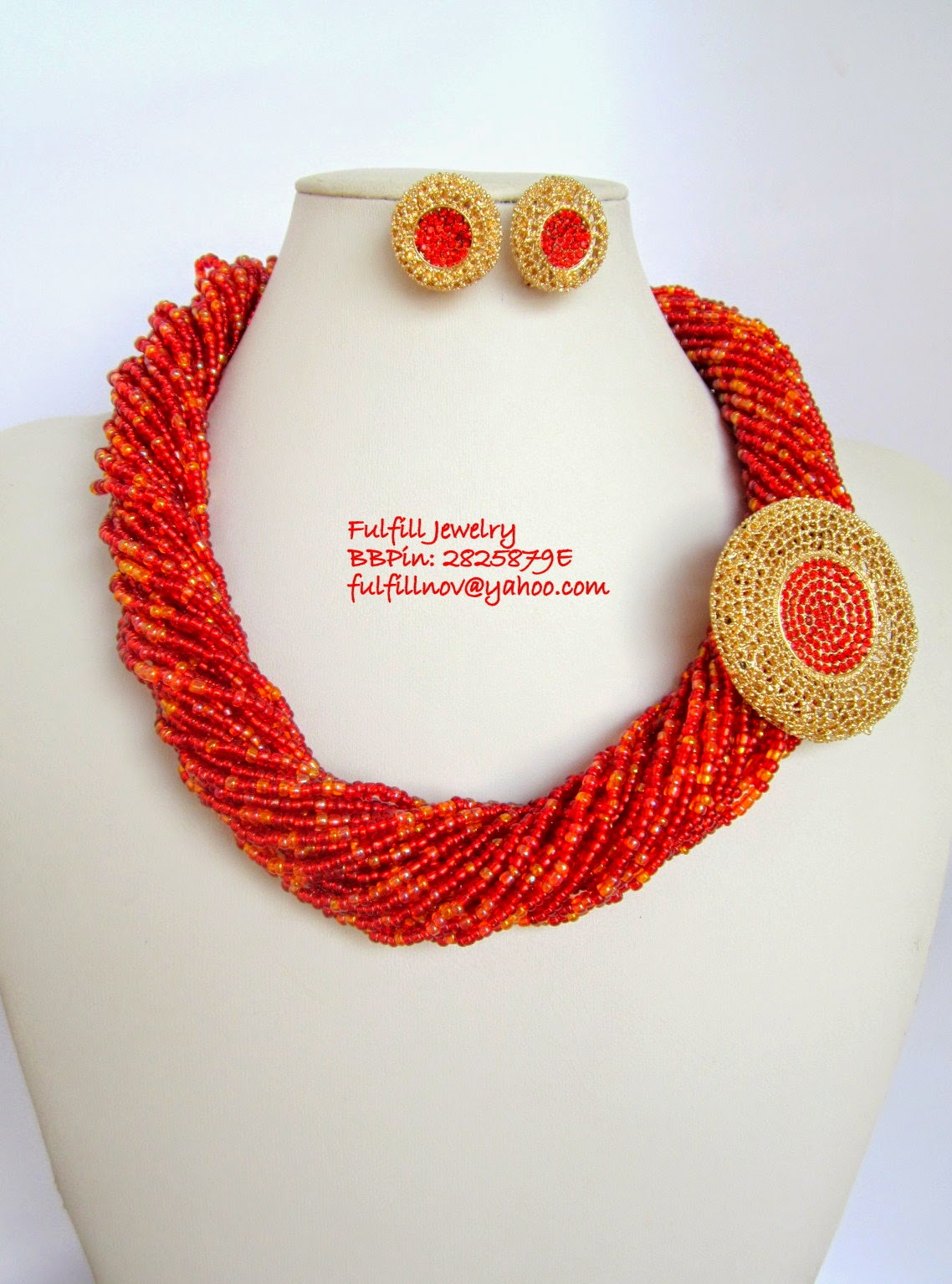 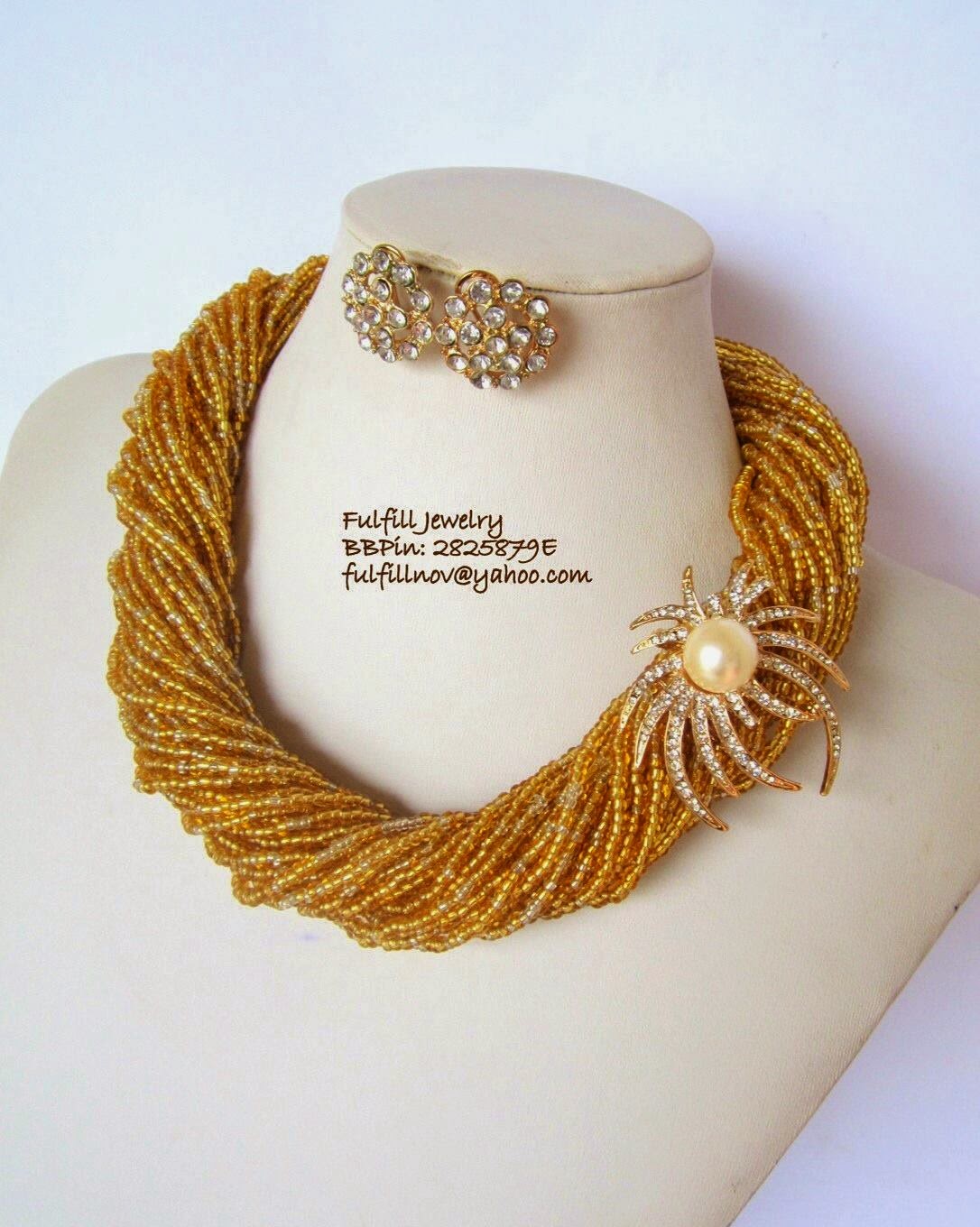 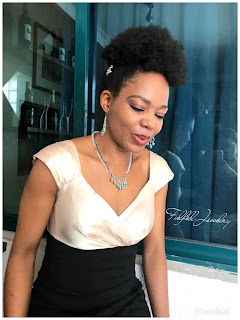